Together we can build communities which are kinder, healthier, more resilient, places where all people thrive 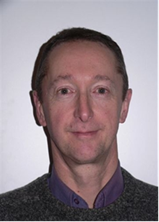 Nick Dixon
Guest Author
Nick currently works in the Greater Manchester Health and Social Care Partnership supporting the health and care system to adopt approaches which put the citizen and community at the heart...
View profile

Nick Dixon currently works in the Greater Manchester Health and Social Care Partnership supporting the health and care system to adopt approaches which put the citizen and community at the heart of developments, in line with the principles of the GM Public Service Reform Model.

Here he reflects on a career spent trying to raise the voice and influence of people, and what his ambitions are for one last throw of the dice…

The ‘retirement’ word looms large for me, likely as I am to leave my current role as an Advisor in the Greater Manchester Health and Care Partnership in the next year. Although I appreciate that change can and should be driven as much by the voice and actions of motivated citizens as those within public services (and I look forward to doing so), I have an understandable reluctance to lose the credibility and connections that accompany such paid work – recognising that stepping away can close certain doors and reduce influence.

Influence of those with power is key to achieving what has always motivated me, I describe it as ‘humanising’ public services. It is captured in a whole series of well intentioned policy and practice initiatives witnessed over my career, but always failing to put the person truly in control of their lives. Without influence or power, the head tends to hurt from repeatedly hitting it against a wall.

As a children’s social worker and for many more years a mental health practitioner, I grew tired and frustrated by the system’s controlling, risk averse approach which rarely gave hope to people. I embraced practice which prioritised recovery of a life alongside the medical management of symptoms, achieving dreams enabled through social inclusion, offering choice and control through personal budgets.

I moved into operational management and battled against the dominant drivers of performance measures and safe policy implementation, and then into commissioning where I came up against a governance system which could and did so easily kill initiatives.

To affect change I needed allies with credibility

As I moved into positions of greater influence within the public service system I continued to seek support for more radical thinking; I picture public service organisations as ‘defended castles’, I seek to lower the castle drawbridge to allow the voice and influence of people who experience our practices to enter and be heard.

My successes were limited, a good initiative here, a research article there but change was not forthcoming. I realised the power in the system was held securely by those at the top of the apex who spoke the right words but whose actions seemed often in contradiction. I came to see how their behaviour was influenced by inspectorates and budgets, politics, the media, by fear of mistakes, shame and loss of job. To effect change I needed allies with credibility, from institutional supporters within the public services to pioneers of knowledge and subject experts. Nesta helped provide the support I needed.

Rooted in values and outcomes achieved through genuine collaboration

I recall our ambitions and practice as a Commissioning team in Stockport in 2012 receiving the approval of Paul Corrigan, one of the selection Panel for the People Powered Health (PPH) Nesta programme. His name and our selection as one of the six national sites asked to demonstrate a business case for PPH, suddenly took attention up the hierarchy within the Stockport health and social care leadership. A while later Stockport was selected by NHSE as a Vanguard site for New Care Models; it was the People Powered work we had undertaken so successfully which contributed to this. Influence and credibility matters.

Nesta introduced me to many people who influenced my practice, like Alex Smith of the Cares Family and Linda Hutchinson, and to great and simple concepts such as the Good Gym and Timebanking which I have gone on to commission. I am proud to have been the commissioner of the first Alliance Contract in Health and Care in this country, rooted in values and outcomes achieved through genuine collaboration between commissioners and providers.

I am currently a sponsor of Nesta’s People Powered Results Team where I repeatedly witness the progress towards that more humanised health and care system I have searched for in my career, achieved through senior leaders bravely ceding power to frontline decision makers. This is exemplified in the recently published New Operating Models publication.

Part of a broad collaborative

As I move towards retirement, I am using my connections and relationships, my networks and whatever influence I might have within Greater Manchester to try a further time to bring culture change into health, care and wider public services – such that the voice of those without power and privilege might be heard.

I recall during the first Lockdown in Spring 2020, People Powered Results teaming up with the GM Mutual Aid Network, of which I was a part, to put on an event, Civil Society and the Covid-19 Crisis. The message was clear: we needed to use the Covid disaster to shift power and accountability.

We are now launching a Greater Manchester Movement for Community Power, a call to action here in GM.

Again, Nesta’s People Powered Results team is alongside me but now with a crucial difference – this time as part of a broad collaborative of networks and organisations, influential individuals, politicians, and citizens whose voice together will not be ignored. We look up to those with power to lower the drawbridge and step aside, we ask our staff to see themselves as people first, not just practitioners addressing need, we ask our public servants to approach with humility our communities with an outstretched hand and we encourage a movement from ‘outside in’, citizens demanding a fairer, kinder and less divided place to live, work and play.

The acronym of the Civil Society Futures Inquiry of 2017 holds so true to this day, ‘PACT’: Power shared with citizens, Accountability to the people, relationships through Connections, all rooted in Trust.

I have learnt not to underestimate the personal influence to effect change we all have, but I know that when others stand alongside me, from the world of public service castles and the communities and neighbourhoods beyond the walls, places in which the marginalised and excluded barely survive, then we can achieve change; my head will no longer need to strike the wall. Together we can build communities which are kinder, healthier, more resilient, places where all people thrive.

I end with the words of Rob Hopkins which ring so true:

© 2019 Nesta Nesta is a registered charity in England and Wales 1144091 and Scotland SC042833. Our main address is 58 Victoria Embankment, London, EC4Y 0DS. You can reach us by phone on 020 7438 2500 or drop us a line at [email protected]
All our work is licensed under a Creative Commons Attribution-NonCommercial-ShareAlike 4.0 International License, unless it says otherwise. We hope you find it useful.